There is no scarcity of video converter solutions in our world! It doesn’t matter whether you want an MP4 to 3GP or an MKV to MP3 conversion. You can find the appropriate video converters for that purpose. Hence, it seems a bit tough to find a comprehensive video converter that can work seamlessly with the most popular media formats. Also, not to forget that it should be easy to use.

We include AVS Video Converter and Wondershare Uniconverter as members of the best video converters league. It’s also obvious; a common user would be confused when selecting one from the duo.

If you are short on time, skip to the end, Verdict Section.

AVS Video Converter is a media conversion solution that comes from Online Media Technologies Ltd. It is available only for Windows, including the latest version of Windows 10. As per the minimum resources requirements of AVS Video Converter, you can install it on any of the computers you have, though they recommend going for a mediocre-level PC.

Here, we can have an in-detail comparison of both AVS Video Converter and Wondershare Uniconverter so that you can choose well. We might not make “the best” decision, but you can make a choice much easier after knowing all the facts.

It’s a fact that both AVS and Wondershare have extra capabilities. However, video conversion is the factor that we have to give priority to while judging them. And, there are several factors to take into consideration. 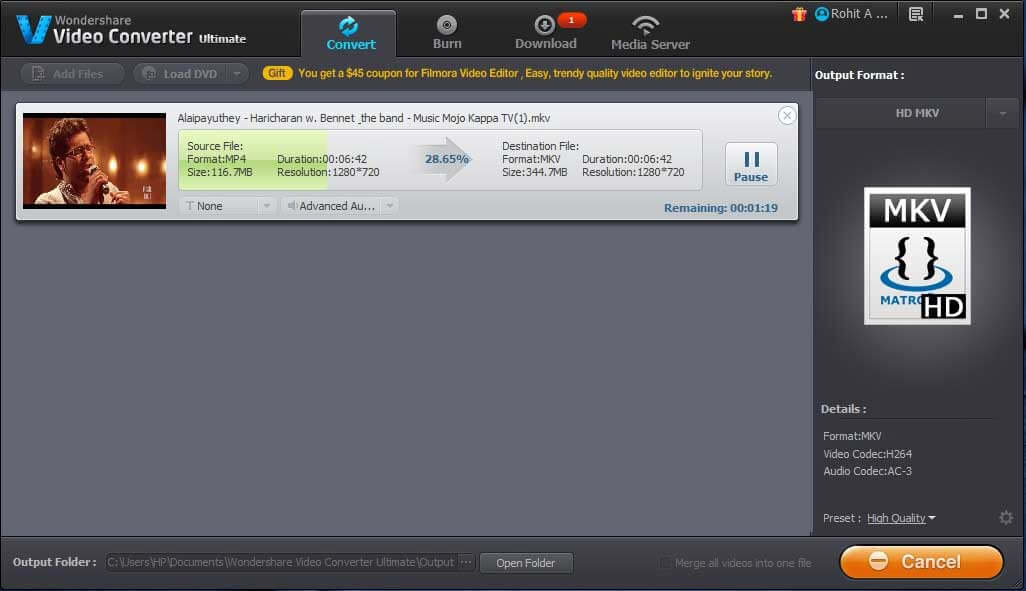 We know you’d be concerned about the conversion speed here. We tried converting the same source file into the same format, using both the application. In the comparison, Wondershare Uniconverter had a better speed and an upper hand in the long run. Of course, the AVS Video Converter speed is impressive, especially compared to the other video converters out there. However, if we take the duo of AVS and Wondershare, Wondershare has the best conversion speed to offer.

There is almost a tie between Wondershare Uniconverter and AVS Video Converter as we come to compatibility with media file formats. Both the software support a wide range of media formats, and the number is more than 150 if we take the case of Wondershare. However, there is no particular number, but all the key formats are supported for both recognizing and converting Media. For instance, you would find the input support for DVD and MP4 in both of the tools. 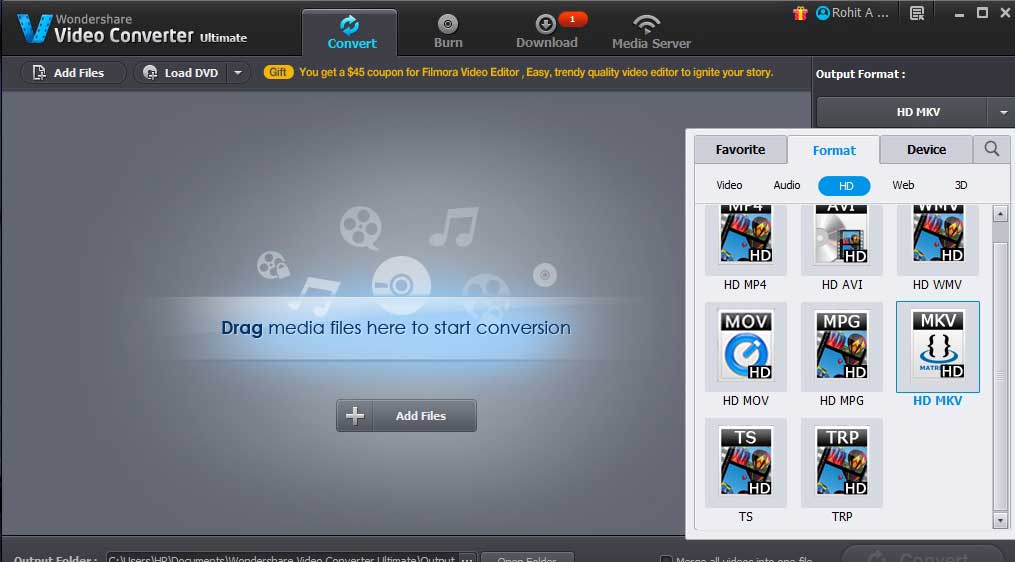 Besides, AVS Video Converter has made three sections for the format selection — Formats, Devices, and Web. At first, you can select the format manually. You can then select the device you have, and the tool finds the most appropriate media format. The final option is useful when creating a video for uploading to web-based video sharing services like YouTube.

There are two shortcomings with AVS Video Converter that we should mention.

If you are in specific need of the features in the points above, you should stick to Wondershare Uniconverter. 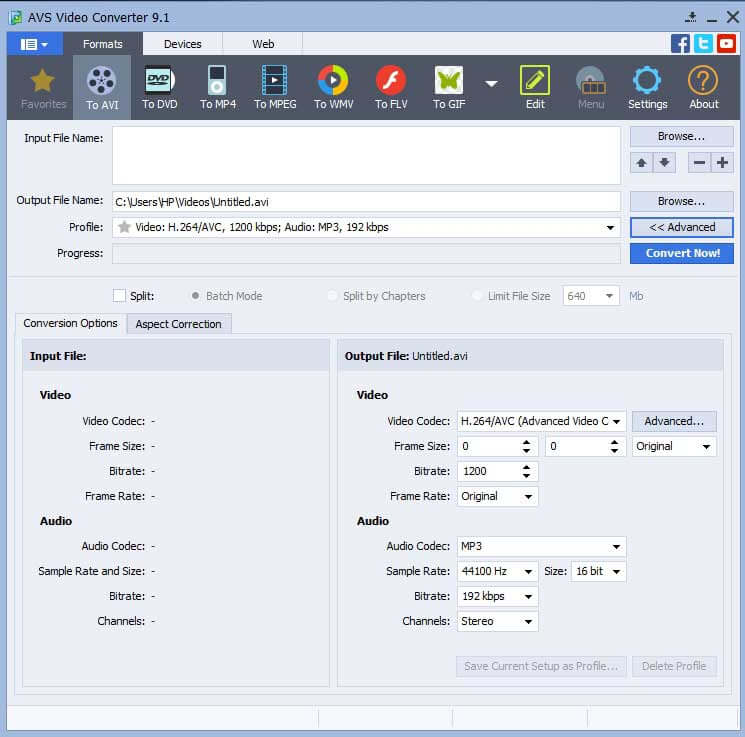 AVS Video Converter offers an advanced set of options for output customization. It means you can change various aspects of the converted file, such as video and audio codecs in use, quality, etc. Hence, depending on the format you have chosen, the availability of customization options varies. At the same time, Wondershare Uniconverter is quite limited even though the developers have included newer technologies for quicker rendering and conversion. 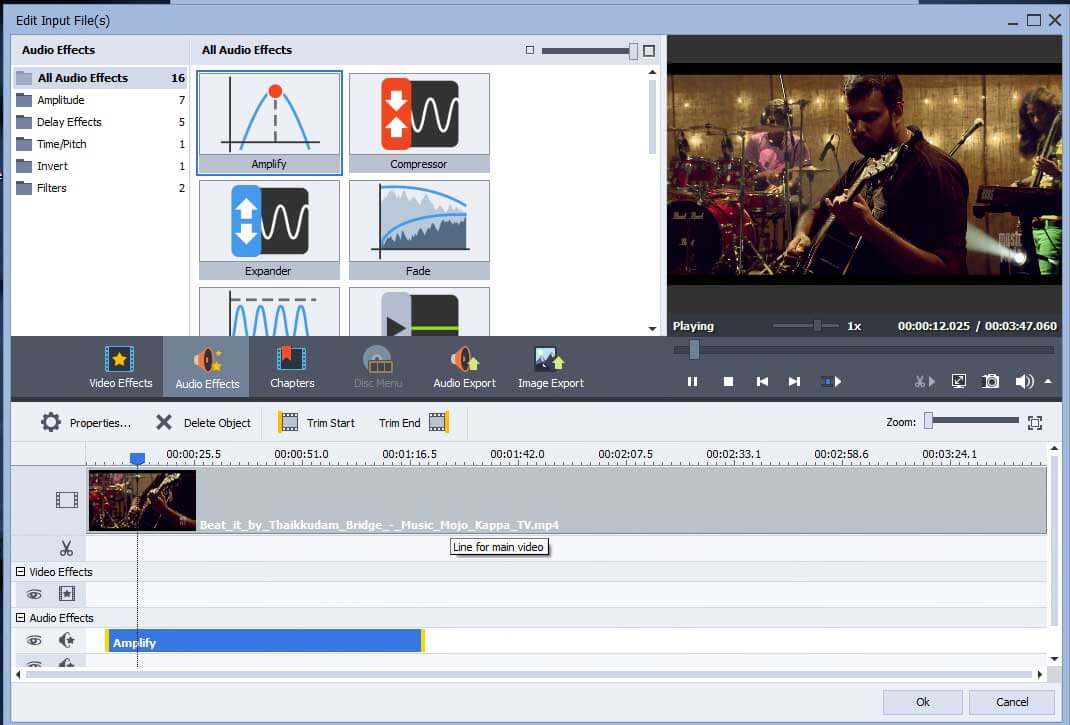 Before you convert the videos, you might want to edit the videos. Both solutions have in-built editors available.

In AVS Video Converter, there is a built-in editor that offers a lot of options. You would be able to perform actions such as trimming, shrinking, etc., along with plenty of audio and video effects to be applied. The editor interface is simple but professional, allowing you to various sorts of editing tasks. 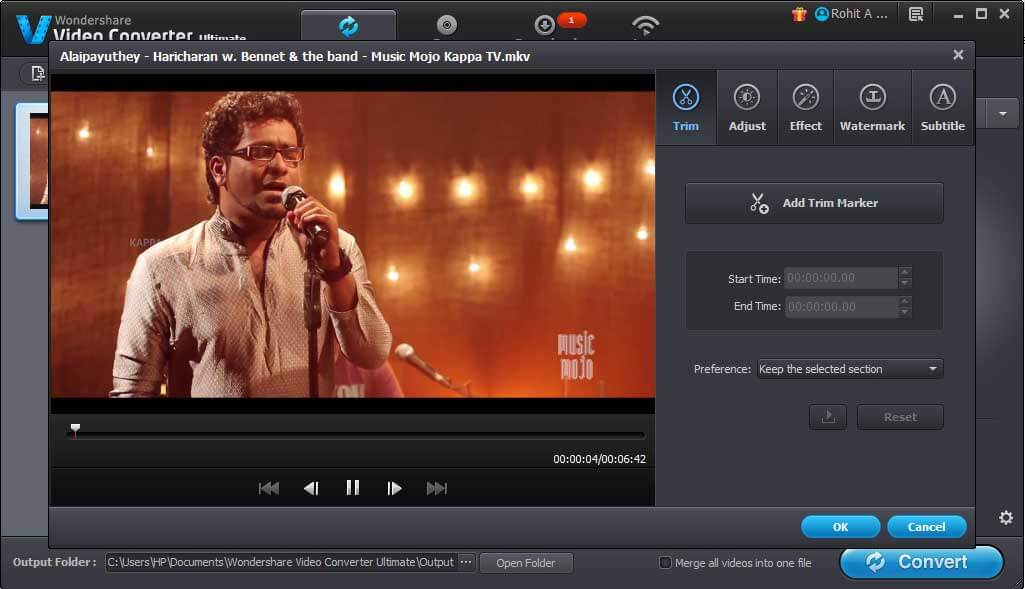 In Wondershare Uniconverter, the editor has fewer capabilities. You would be able to get things done with trimming, watermark adding, etc., but the interface is isn’t that professional. Also, there are only a few sets of effects available in Wondershare Editor. Hence AVS Video Converter leaves Wondershare far behind.

The plus point with AVS Video Converter is the pricing. With AVS4You Ultimate Discounts, you get a lifetime subscription. Besides, as a unique feature, you get free upgrades forever as well.

Hence, if you are on a very tight budget and do not want to spend every year on upgrades, AVS4You Ultimate subscription is the one for you.

After testing both the conversion software, we can only say that we love both of them. So, if we need to place a final word on selecting one, we have to strictly depend on your needs and experience with multimedia Editing and Conversion software.

AVS Video Converter does not come as a single application. It is included as an AVS4YOU Unlimited subscription. This package includes 11 applications as mentioned below:

AVS4You package gives you complete control over any task related to Multimedia files.
Recommended For: Users with prior experience of editing and need for sophisticated Editing before conversion. Additional applications can be considered according to requirements.

Below mentioned are the unique features of Wondershare over AVS Video Converter:

Recommended For: Home users who want point-to-point conversion without extensive video editing requirements should opt for Wondershare. Also, you get the video to MP3 conversion and H265 output support.