Well, let me make it easy for you. You expect solid protection against virus attacks, less intrusive, should not degrade computer's performance, and not to forget, at a reasonable price. That makes a perfect choice!

Is Bitdefender good? Is it worth a try or good enough to fulfill all those requirements? In case you are in no hurry, you can read our detailed Bitdefender Total Security review.

So, I am going to dig deep into Bitdefender's performance and other factors to find out the truth about whether Bitdefender is good or not. How effective is Bitdefender Virus Protection?

I don't believe in the claims made by companies that are nothing but marketing gimmicks. So, I will just take into consideration the results of independent Antivirus testing labs. Also, I will consider a lot of user reviews to reach my judgement.

Bitdefender Total Security at 80% OFF

Bitdefender doesn't participate in testing with West Coast Labs or ICSA Labs, but every test that includes Bitdefender technology rates it top-notch.

"Bitdefender has been participating in Virus Bulletin's VBSpam testing program since its outset in 2009 and has achieved a pass in every published test it has taken part in," said Ionuț Răileanu (VBSpam Test Lead - Virus Bulletin).

AV-Test Institute rates antivirus programs on protection, performance, and usability, assigning up to six points in each category. Bitdefender earned 18 out of 18 in this three-part test. AV-Comparatives performs a wide variety of tests, five of which I follow closely. Bitdefender rated Advanced+, the highest rating, in all five. Bitdefender also bagged the Outstanding Security Product Award for 2021.

So, we can conclude that it is pretty effective and something we can rely upon.

Moving on to next factors.

Does Bitdefender Slow down Computer? 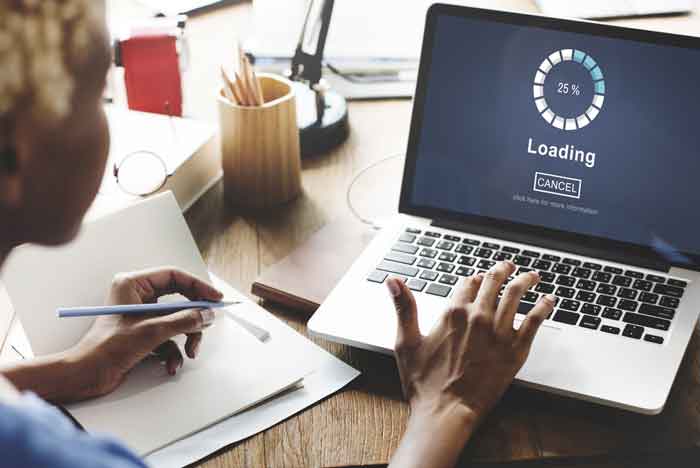 It is said that an antivirus program slows down computer speed by 10 - 15%, and that is not completely false. Many Antivirus solutions use a huge amount of resources, leaving a little for other computing operations. However, with time and iterations, they have focused on low-impact performance.

Even our customers, especially gamers, prefer Bitdefender over any other solution. They are certainly the ones not ready to trade off the Gaming score for security.

Test also includes operations like launching a website and downloading a file from the Internet. As Bitdefender is configured to scan files only after the download, there was no extra load.

While launching a website, however, Bitdefender had a load point (1), which is justified considering real-time scanning and Phishing website detection. Still, only 1 point is considered as lowest when compared to others.

You can configure Bitdefender to scan fewer elements on web pages. We have noticed that using SSL scanning can slow down page loading speed at times.

Just Install and forget it. Dead accurate and silent than ever.

Bitdefender's AutoPilot is the most innovative of its features because it takes the guesswork out of protection by covering the firewall, antivirus and privacy settings, and automatic updates. All you need to do is set up a user profile, and Total Security does the rest.

You will hardly notice that it's there.

Bitdefender Photon ensures that no computing power is wasted on constantly scanning trusted applications. Bitdefender developed Photon so that users can gain the benefit of maximum security while enjoying a great user experience and optimized computer performance.

Before anyone else, Bitdefender introduced Ransomware protection module in their 2016 version. It monitors important files and blocks any application trying to alter/change it. Though it is capable of analyzing behavior and blocking applications like CryptoLocker, WinLocker or MBR, you must read these 11 things to protect yourself against ransomware.

I agree that no amount is bigger for security and protection, but then there are limits. With so many players in the market providing security software solutions, prices are competitive.

Which Bitdefender product is best?

You can buy their top product at upto 80% off with Bitdefender Total Security coupon code & Discounts. That provides protection to 5 Devices for one year. Also, you can save up to 70% on other product variations like Family Pack, Premium Security, Internet Security, and Antivirus Plus. Not only is it cheaper, but also there is no worry about auto-renewal.

This Bitdefender products comparison guide will help you choose the product that is right for you.

Do I still need to justify "value" for money? Check out Dealarious store and choose a suitable product!

Yes. Bitdefender products are safe and reliable. Bitdefender is ranked among the best antivirus products in Independent Antivirus Testing Labs like AV-Test and AV-Comparatives.

Is Bitdefender good for Android?

Is Bitdefender better than Windows Defender?

8 thoughts on “Is Bitdefender Good?”