Since Windows 8, OS comes pre-installed with an antivirus solution. It was then called Windows Defender (Now Microsoft Defender). It is an updated version of Microsoft Security Essentials offered for Windows 7.

A question asked by many:

Geeks and a few advanced users may argue that it is good enough for Windows 10 & 11, but it will be foolish to decide based on their opinions. The reason is that they aren't saying their computer was attacked by malware because their Antivirus software didn't tell them about it. 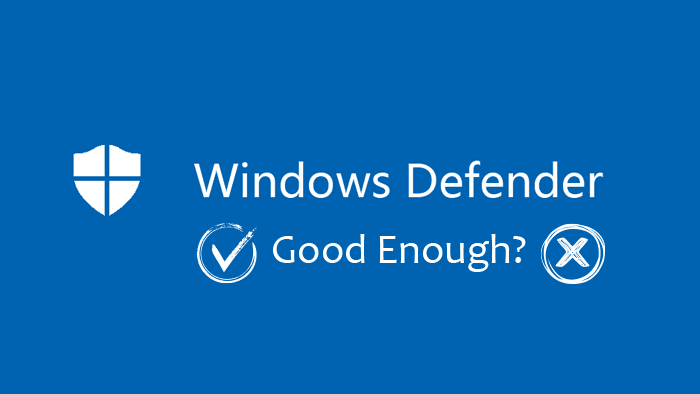 Do you need an antivirus if you have Windows Defender?

Malware programs are not always destructive (which is visible) but sometimes act as agents that pass on your data to hackers. These kinds of viruses are dangerous, causing identity theft and financial loss, and the worst thing, you will never know about them sitting on the computer.

Hence, a dedicated security solution is recommended, preferably from a third-party company specialized in this field.

How good is Windows Defender security?

It runs out of the box- No need to install anything. You have an antivirus just after installing Windows 10 or 11.

Most importantly, it is completely free. By saying free, it's 100% free of any nags, pop-ups, and unnecessary programs present in most free antivirus programs.

From a usability point of view, it is perfect as there is nothing much to configure, and it doesn't interfere with the working of other programs. 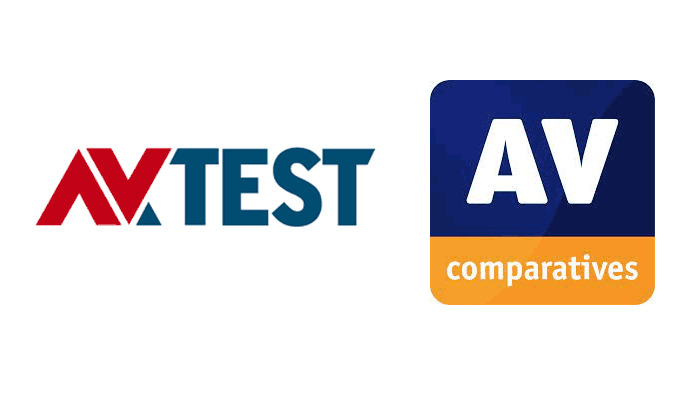 How are antivirus programs tested? How can you verify that the security software installed is good for your system? In such cases, antivirus testing lab results come handy.

These labs test the antivirus for its efficacy. AV-Test and AV-Comparatives are the most commonly used and widely popular independent Antivirus testing labs. These labs' scores (updated from time to time) will help you make a better buying decision.

If you were to believe AV-Test ratings way back in 2015, then it was a big NO. Windows Defender scored just 0.5 out of 6, which clearly suggested that you should move on. Nor was it an AV-Test certified product at that point in time.

However, that is not the case now! The free antivirus has made improvements over the past few years and now outperforms many paid counterparts.

In 2016, the product received an AV-TEST CERTIFIED seal of approval. During the April 2019 results, it received an overall 17.5 points, hence the TOP PRODUCT award. However, according to the August 2022 report, Microsoft Defender Antivirus received low scores with 16 points out of 18.

On the Protection front, Microsoft Defender gets the Advanced+ award along with antivirus providers like Bitdefender, Avast & McAfee. It blocked 99.5% of threats during July-October 2022 period with 7 false positives.

However, in the latest Performance reports conducted by AV-Comparatives, Microsoft Defender didn't perform well and got almost the last spot. 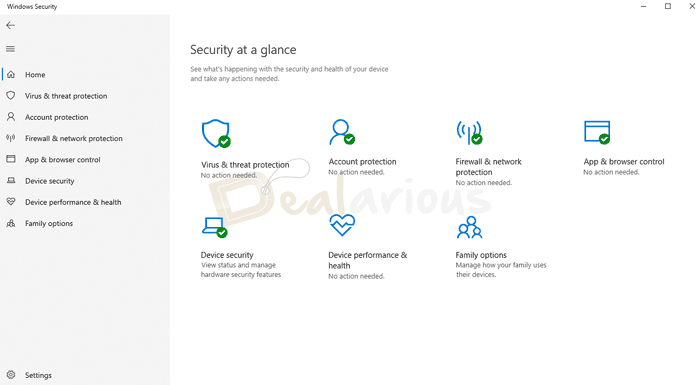 Talking about features, the built-in Windows Security has all the basic features that you would expect from an antivirus program. It provides:

You will pretty much get an answer to this question "Is Windows Defender Good Enough" here. Lookout for drawbacks given below.

What Features does Windows Defender lack?

There is no doubt that Microsoft has improved the in-built Defender antivirus in the past few years. But it is not recommended to use it as a standalone antivirus for various reasons.

Microsoft Defender Antivirus is compatible with Windows OS only. It is in-built into Windows 10 & Windows 11. However, the Enterprise Edition does provide support for mobile devices as well.

If the antivirus is not updated regularly, it won't detect the latest security threats. Hence you cannot expect advance protection against new malware files without regular updates from your antivirus program.

Many Windows 10/11 users face this issue with Microsoft Defender. The Internet is flooded with ways to fix the "Windows Defender won't update" issue. If none of it works for some reason, it's time to look for an antivirus alternative.

Microsoft Defender won't detect as many malware threats as its counterparts when offline or disconnected from Microsoft servers. As per the latest Malware Protection Test by AV-Comparatives, Defender detected only 69.8% of malware samples. It is low compared to other competitors that provide advanced malware protection and detect different types of malware.

So, "Is Windows Defender Good Enough?" With all this said, an extra layer of protection is evident.

One should not compromise when it comes to the security and protection of the computer. You should select a premium antivirus based on its protection score by individual lab tests.

There are other third-party antivirus programs that perform much better than Microsoft Defender. Bitdefender, Kaspersky, Norton, Avast, Malwarebytes, and McAfee are some of the alternative choices out there. These programs have consistently scored well in antivirus testing labs based on their usability, performance, and protection capability.

For more alternatives, you can refer to the top 10 antiviruses for Windows 10/11, as mentioned below:

Choosing among the best alternative to Microsoft Defender 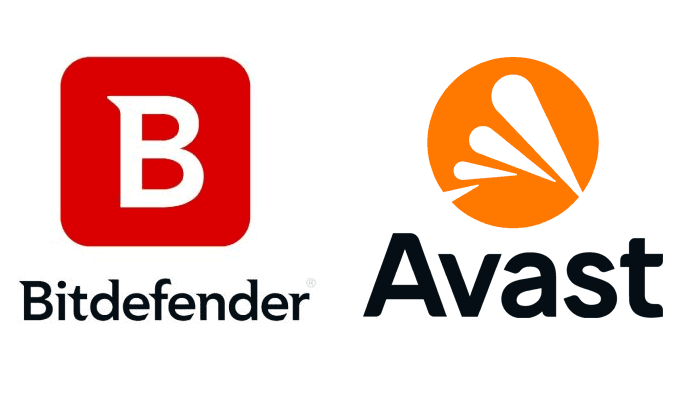 I have used Avast and Bitdefender for a long time. In my experience, is the best alternative and my top choice. The brands have a reputable name in the Security industry.

Looking at the stats from the last five years,  Bitdefender & Avast have consistently received the Top Product award from AV-Test. In AV-Comparatives test results, Bitdefender has received an Advanced+ award in real-time Malware protection, Performance, and Real-World Protection.

Besides being lightweight and having the best malware scanner, they include additional features like a two-way Firewall, webcam protection, VPN, parental controls, system tuneup tools, and a secure browser for online transactions.

However, if you are looking for dedicated VPN services that are efficient and cheap, do take a look at Surfshark VPN or CyberGhost VPN.

Bitdefender as an Alternative

For protecting more than 10 devices, there is Bitdefender Family Pack subscription that protects upto 15 devices. Also, Bitdefender comes with a 30 days trial. Hence, you can try the Bitdefender and see if it suits you.

Avast as an Alternative

Avast Free Antivirus is a great option for most users. Now you also get firewall protection in the free version of Avast. For advanced features, an upgrade is needed. It is up to you to decide whether you will use Avast free vs paid subscription.

Windows 10 and 11 will automatically disable Windows Defender if you install another anti-malware program. It won't continue performing real-time scans in order to not interfere with your other antivirus.

Windows Defender will kick into gear again and take over if you uninstall the other antivirus, thus providing antivirus protection.

So, is Windows Defender (Windows Security) good enough to protect your PC?

The truth still remains the same, it is far behind than third-party antivirus products in overall protection available for Windows 10 or 11. Windows Defender is your best bet if you have budget constraints and just need basic protection.

Should I replace Windows Defender with another antivirus? 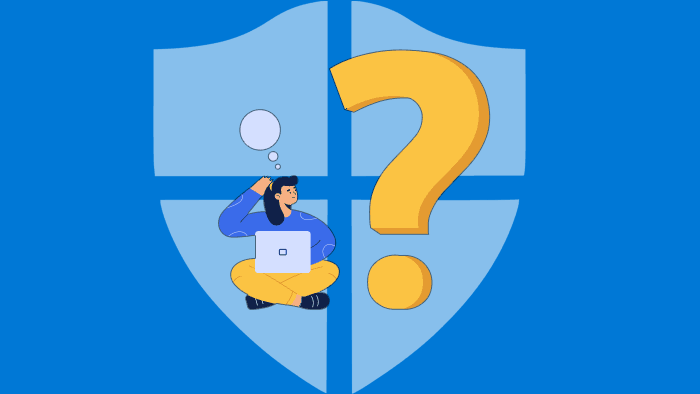 If you do not wish to go with a paid antivirus, you can use free antivirus options like Avast Free Antivirus or the new Avast One Essential. Read more in this Avast One Review. For comprehensive protection, choose a premium budget-friendly antivirus suite that meets your requirements. Here are some of the best premium antivirus programs that you can try out.

Microsoft Defender Antivirus is compatible with Windows 10 and 11 and Windows Servers.

Yes. Microsoft Defender SmartScreen protects you against phishing and malware attacks. It monitors web pages that you visit and protects you from malicious websites. The only drawback is that this feature is available for Microsoft Edge users only. This is a drawback for users of popular browsers like Chrome or Firefox. Even if you click on a malicious link by chance, it won't detect it; hence your security is compromised.

Can Windows Defender protect against malware?

Is Windows Defender effective against Ransomware?

Windows Defender provides an anti-ransomware protection feature that is turned off by default. In the event of a ransomware attack, you can protect your important files and folders by enabling the Controlled folder access feature.

7 thoughts on “Is Windows Defender Good Enough to Protect Windows 10/11?”