With the advent of accessible and affordable gadgets, people tend to have more than one device or Smartphone. The device list broadly includes Windows. Mac, Android, and iPhones.

Well, at least that's what defines me.

In such a case, you need to have separate antivirus protection software for all different operating systems unless you have a multi-device protection suite that can protect unlimited devices. 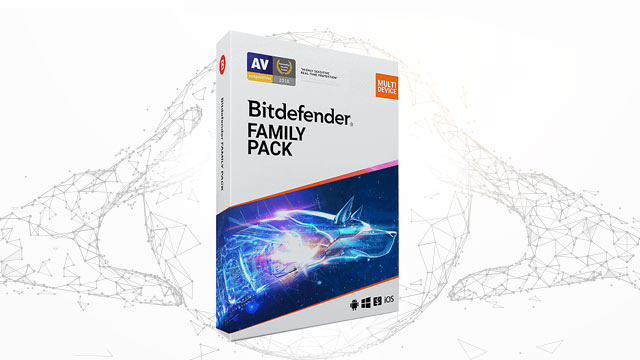 The scenario above considers an individual. However, the total number of devices rises if everyone has multiple gadgets. Moreover, this number isn't there to stay but may raise or lower down at any time in a year's subscription period. Also, the number of devices to protect massively increases when you include your family members.

So, let's see how Bitdefender, one of the top antivirus providers, helps protect the massive number of devices we have.

Is there a Bitdefender Unlimited Device Subscription?

Bitdefender had an unlimited device subscription package called Family Pack to tackle such a situation.

The product is still named Bitdefender Family Pack, but "unlimited" is no longer the tag. Even when Bitdefender used the Unlimited Subscription tag in the past, their fair usage policy limited it to 20 devices.

How many devices does Bitdefender Family Pack cover?

At present, on purchase, you can use the Bitdefender Family Pack license on upto 15 devices in your household.

Bitdefender Family Pack supports multiple platforms, and it is a package with products for each platform:

How much does Bitdefender Family Pack cost?

Family Pack subscription starts from USD 119.99 per year. However, Dealarious is offering it at a 69% discount so that you can grab it at USD 37.99 a year.

Moreover, there is a limited-time discount on 2 and 3-year subscriptions. Hence, you don't have to worry about renewal for a long time.

In this case, you can purchase Bitdefender Total Security, which supports Windows, Mac, iOS, and Android up to 5 Devices. It is $15 cheaper than the Family pack.

Family Pack is a package containing Total Security as a product. You can read more about the difference.

How Can I Protect more than 15 Devices with Bitdefender?

The only home user product that can protect more than 15 devices is Bitdefender Small Office Security. It supports upto 20 devices.

No. Bitdefender Premium VPN is not included in Family Pack by default. When you download the Family Pack products, you will get the Free Bitdefender VPN with daily 200 MB of free traffic.

However, you can check the Bitdefender Family Pack with Premium VPN combo at Dealarious store with 65% discount.

How many License Keys are given?

You get only one license key for your purchase.

When you add the license to your Bitdefender Central account, the Subscription for Family Pack is added. Hence, all you have to do for activation is log in to the applications with your account.